All the verbs in Spanish have one of these three endings.

If we want to find out the conjugation of a verb, we must look at the infinitive of this verb and see its ending. If we remove the ending of the verb (which will be –ar, –er or –ir, as said before), the stem of the verb will remain.

We are going to see this with an example. If we have the Spanish regular verb comer (to eat), we see that its ending is -er, and this indicates that it belongs to the second conjugation. If we remove the ending, we have the stem of the verb, which is com-.

As you can see, we have chopped off the ending -ER of the infinitive, and we have conjugated the verb in the present simple tense in indicative with the stem of this verb, com-, and the endings of this tense for regular verbs: -o, -es, -e, -emos, -éis, -en plus the endings of usted/ustedes.

Let’s do some exercises to see if you understand this. 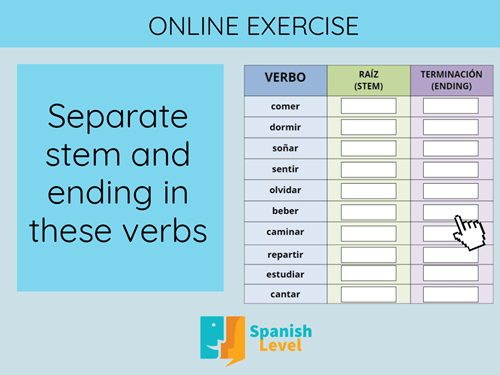 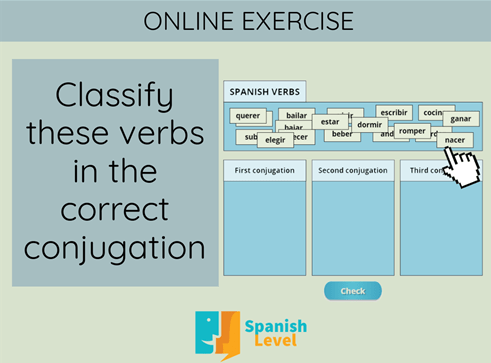