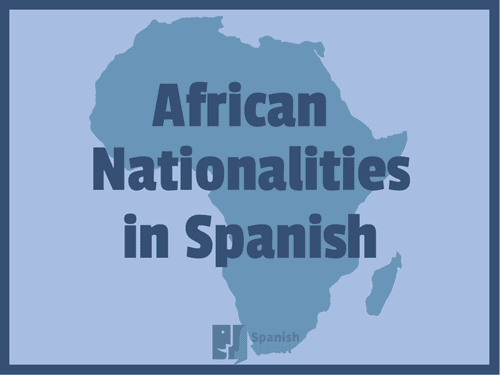 In this post we are going to learn the African nationalities in Spanish with a list that includes Spanish nationality names for African countries in masculine and feminine, and with their singular and plural forms.

It is important to remember two things about nationalities in Spanish:

Some of these countries have more than one correct gentilicio or demonym in Spanish (and in some cases several correct plural forms).